5G is Still Going to Take A While | IT Support - Managed Services - Lehigh Valley, Philadelphia

NEWS: 5G is Still Going to Take A While 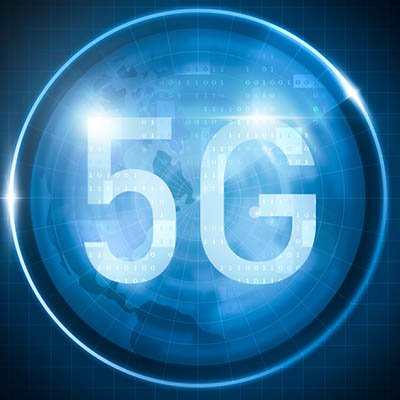 As technology has improved in function and convenience, we seem to demand more and more of it at an increasing pace. Take mobile data as an example: 4G was introduced in 2009, and less than a decade later, there is high demand for 5G. Unfortunately, while 5G has been worked on for some time already, it isn’t likely that it will be commonly available anytime soon.

The technology being touted as the driving force behind 5G has quite a few practical issues, many of which may prove to be too much for the anticipated improvements to offset. Many of these issues are rooted in the proposed use of enhanced mobile broadband (eMBB) via millimeter wave (mmWave) and the inherent issues with this plan.

A big problem comes from the range of mmWave. Currently, 4G signals can reach anywhere between three and thirty miles, while mmWave can only reach a third of a mile – one ninth of its range now, under ideal circumstances. In order for 5G through mmWave to be successful, there would need to be some major infrastructure updates.

This has been addressed in the planning processes, as it is likely that the cell towers we are accustomed to today would instead be replaced by shorter-range femtocells. These femtocells would be approximately the size of a microwave oven, and could be added to existing pieces of infrastructure, like light poles, traffic signs, and even public transportation vehicles like buses.

However, these open up the idea of implementing 5G to more complications.

For example, mmWave signals are incredibly easy to block, which is why there would need to be so many femtocells added to the existing infrastructure. When something as simple as an unfortunately positioned traffic sign can block a signal, signals need to be coming from more than one direction.

There is also the matter of bandwidth that needs to be addressed. Consider how much usage each femtocell would see – they just wouldn’t be able to network as efficiently as necessary for

proper use. This would mean that the entire network of femtocells would also need to be connected via costly high-speed fiber cabling, which would be an expensive and

With cloud computing having become such a widely utilized tool, it only makes sense that the femtocell network would be managed via the cloud. By creating a virtual network in the cloud, software-defined networks (SDNs) and network function virtualization (NFV) could be leveraged to manage the 5G network. Trouble is, there are various kinds of SDNs and NFV, with no one standard. The Linux Foundation is working to change this, but this still isn’t an issue that will likely be resolved in the near future.

Regardless, 5G is going to happen – femtocells are inexpensive and, for all their faults, a potentially beneficial way to make it possible. Furthermore, people want better mobile bandwidth. The technology is just going to take some time to develop.