NEWS: Social Media is Being Scrutinized 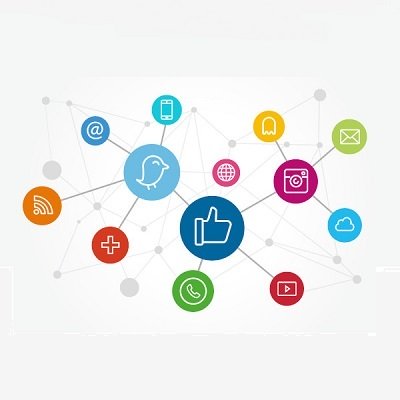 It’s probably fair to label social media as one of the greatest inventions of the 21st century. Nearly half of the world’s population are active users of social media; and, that number would almost certainly be higher if more people had access to unencumbered broadband. Over the past few weeks, however, one of the most utilized social media services, the microblogging website Twitter, has sparked some controversy after they added an amendment to a tweet sent by the U.S. President Donald Trump suggesting it contained “potentially misleading information”. Today, we’ll briefly discuss what this showdown with the White House means for social media companies.

To start, let’s go back a few years. In the aftermath of the 2016 Presidential election, another major social media company, Facebook, was under fire for allowing foreign companies to influence the outcome of the election through insite advertising. Google and Twitter were also caught up in the mess, but the scrutiny Facebook saw during the ordeal, well…really hasn’t gone away.

The result was hearings, lots of hearings. The debate whether social media advertising–if it is broadcasting hateful, divisive, or misleading information–should be allowed on these platforms rages forward. Facebook stood by the First Amendment, even as it was embroiled in the Cambridge Analytica mess. Twitter, took a different approach. They enacted a Civic Integrity Policy. This policy allows them to mark political posts that contain false information. CEO Jack Dorsey stated, “We’ll continue to point out incorrect or disputed information about elections globally. And we will admit to and own any mistakes we make.”

This action was implemented on a Presidential tweet, and it has drawn the ire of the White House. They immediately stated that this policy allegedly prioritizes perspectives that ignore a conservative point of view. Twitter denies this.

Soon after, the Center for Democracy and Technology filed a federal lawsuit with the President as the defendant stating that the executive order is unconstitutional and violates the company’s First Amendment rights. Whether a company is entitled to rights, will be a major point of contention in the days ahead. The CDT went on record stating that, because of the executive order, tech company executives believe it will actually work to limit free speech, as businesses will err on the side of caution to avoid risk of crossing federal regulators.

Do you believe that it is responsible for social media companies to warn viewers that powerful people could be lying? Leave your thoughts in the comments section below. Please be respectful.